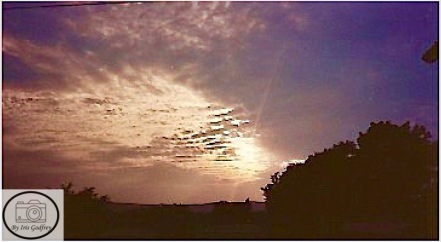 “9For in Christ all the fullness of the Deity lives in bodily form, 10and in Christ you have been brought to fullness. He is the head over every power and authority. 11In him you were also circumcised with a circumcision not performed by human hands. Your whole self ruled by the flesh was put off when you were circumcised by Christ, 12having been buried with him in baptism, in which you were also raised with him through your faith in the working of God who raised him from the dead.” (Colossians 2:9-12 NIV)

We have already studied these few verses in previous posts, but I wanted us to have it in our hearts and minds as we read further. I am choosing to use the NIV translation as it is exceedingly clear in this particular passage.

“13When you were dead in your sins and in the uncircumcision of your flesh, God made you alive with Christ. He forgave us all our sins, 14having canceled the charge of our legal indebtedness, which stood against us and condemned us; he has taken it away, nailing it to the cross. 15And having disarmed the powers and authorities, he made a public spectacle of them, triumphing over them by the cross.” (Colossians 2:13-15 NIV)

Reality Check! He did this all for you and me over 2,000 years ago. When we awaken to His love and provision and receive Him for who He really is and what He has done, then who He is and what He has done will become ours. The KJV uses this terminology in verse 12, “hath he quickened together in him, having forgiven you all trespasses.” So, we see, it was done long before we came along. On the surface, there is no argument with this, because we all know it is true. However, many times we do not live in this awareness. We keep trying to make sure we are forgiven, and so fill our time in doubt and unbelief. Nothing we have done was left out of that forgiveness. None of us are capable of sin so great that it was not included.

For us to even think those ways shows two things – neither of them profitable in the Spirit. 1) Too much self-importance, and therefore set ourselves outside of His forgiveness; 2) Unbelief in His ability to forgive. One is a form of self-worship, the other is unbelief of what He clearly states He has completed.

As we go through this book, let’s bow before His Majesty our Lord Jesus Christ, and receive Him and all He has completed for us. It will make an enormous difference in us when we allow these truths to penetrate our conscious minds. That will give the opportunity for them to become a part of our subconscious mind and create in us the ability to flow in the Spirit with Him in His ordering of our world according to His Kingdom.

This site uses Akismet to reduce spam. Learn how your comment data is processed.